We are Dzogchen Vajrayana Buddhist Teachers. The Ancient Ones, followers of the Old Tantra School and Belonging to the Nyingma School. Where all other Buddhist lineages are influenced.

Below is the list of our teachers and how close we are to the Root Teachings. 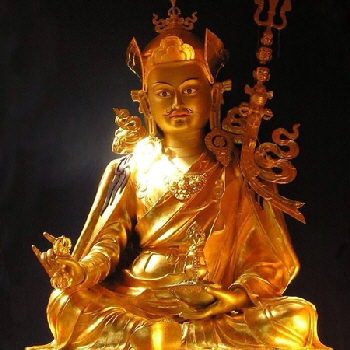 Padmasambhava or Padmakara means ‘Lotus-born’, which refers to Guru Rinpoche's birth from a lotus in the land of Oddiyana. Guru Rinpoche, the ‘Precious Master’, is the founder of Tibetan Buddhism and the Buddha of our time. Whereas Buddha is known primarily for having taught the teachings of the sutra vehicle, Padmasambhava came into this world, and to Tibet in particular, in order to teach the tantras. While Buddha Shakyamuni exemplifies the buddha principle, the most important element in the sutrayana path, Padmasambhava personifies the guru principle, the heart of Vajrayana Buddhism, and he is therefore known as the ‘second Buddha." 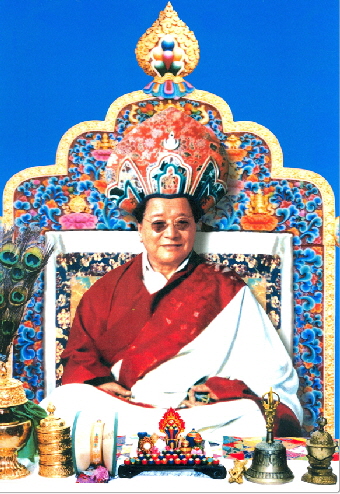 His Holiness Dudjom Rinpoche, Jigdral Yeshe Dorje (1904-87) was appointed by His Holiness Dalai Lama XIV as the first supreme head of the Nyingma tradition of Tibetan Buddhism. He was an enlightened yogi and meditation master, a discoverer of concealed treasure teachings inseparable from Guru Rinpoche (Padmasambhava). He was one the greatest  Tibetan scholars, and an incarnate lama who intentionally emanated for the sake of sentient beings through seventeen successive lives.

In ancient India, these emanations included: Buddha Shakyamuni’s foremost disciple Shariputra; the mahasiddha, Saraha; Krishnadhara, the religious minister of King Indrabhuti; and Rishi Humkara. In Tibet, they included: Khyeuchung Lotsawa, one of Padmasambhavas twenty -five disciples; Smritijnanakirti, whose lifetime demarcated the transition from the ancient to the new system of translation; Rongzom Pandita, who was among the first to compose major treatises within the Nyingma tradition; Katok Tampa Deshek (1122-92), who founded the monastery of Katok in East Tibet; Chogyal Phagpa (1235-80), who established a Sakya administration in Central Tibet; Rigdzin Dudul Dorje (1615-72), who is famous for his discovery of concealed treasure teachings (terma) in the Puwo region of southeastern Tibet; Gyelse Sonam Detsen, who was responsible for revitalizing Katok; and the treasure-finder Dudjom Lingpa (1835-1904) who discovered the New Treasures (tersar).

Like many of his predecessors, His Holiness Dudjom Rinpoche was also renowned as a great discoverer of concealed treasure teachings, which are now widely practiced and propagated. These are primarily the direct treasures of intention or mind treasuresť of the awareness -holders concerning the inner tantras of the Secret Mantra Vehicle, which can bring about the unsurpassed enlightenment of the rainbow body in one lifetime.

He took birth in the Pemako region on the frontier of Tibet, on the twenty-third day of the fourth Tibetan month of the Wood Dragon year, 1904 . Amazingly, this birth occurred while his predecessor, Dudjom Lingpa was still alive. Dudjom Lingpa himself gave the specific instructions of how to find his authentic emanation. He told them that his father was Tulku Jampel Norbu, who was a Prince of Kanam and a direct descendant of King Trisong Deutsen, and his mother was Namgyel Drolma.

In his youth, His Holiness received the transmissions and direct blessings of Guru Rinpoche, Yeshe Tsogyal and Manjushri in person. He receied his first terma instructions at the age of 6 when Guru Rinpoche appeared to him. At the age of 13 Guru Rinpoche appeared to him again and gave him the teachings on the Great Perfection, which he kept secret until he reached the age of 21. When he was 16 years old, various Mahasiddha’s appeared to him. Notably, Longchen Rabjam and debated on his treatise.  He mastered every tradition of Tibetan Buddhism. Astonishingly, at the age of fourteen he gave the full empowerment and oral transmission of the Rinchen Terdzod (Store of Precious Treasures), which are the collected treasure texts of the Nyingma lineage. Later, he also had the vision of many deities and received oral and mind to mind transmission from them. He received all the lineages of the Nyingma school from his lamas: Phungong Tulku Gyurme Ngedon Wangpo, Jedrung Trinle Champa Jungne, Gyurme Phendei Ozer, Namdrol Gyamtso of Mindroling, Gendun Gyamtso and Khenpo Aten, amongst others. From that time on, he gave major empowerments relating to different treasure cycles, and at the same time composed many means for attainment, or sadhanas, that elucidated the profound teachings of the buddhadharma. He wrote commentaries both on his predecessors teachings and on his own revealed treasures. When he was seventeen years old, he composed his first celebrated treatise on the Great Perfection (dzogchen). He became widely renowned as a scholar and meditation master and was followed by many students. Among his students in Tibet and throughout the Himalayan regions, and most recently even in the West, many have shown signs of full enlightenment.

He maintained the lineage of the Mindroling tradition in Central Tibet, and above all at Pema Choling (Lamaling) and at his other seats in the Kongpo and Puwo areas of southeast Tibet. Subsequently, forseeing the incipient Chinese invasion, His Holiness and family left Tibet for India in 1958, following the prediction of Dudjom Lingpa that the lineage of his New Treasures would spread to all the continents of the world, and especially to the West.

After his arrival in India, Nepal, and Sikkim, he established many vital communities of Buddhist practitioners. These include Zangdok Pelri and Jhangsa Gompa in Kalimpong, Dudul Rapten Ling in Orissa, Orgyen Herukai Podrang in Tsopema (Rewalsar), and Urgyen Dongag Choling in Boudha, Nepal. In addition, he actively encouraged the study of the Nyingma tradition at the Tibetan Institute for Higher Studies in Sarnath. In all these locations he continued to grant the empowerment's and literary transmissions for the Nyingma Kama and Nyingma Gyudbum (The Collected Transmitted Precepts and Tantras of the Nyingmapa), and the Rinchen Terdzod, not to mention the entirety of the Dudjom Tersar, among others. His prolific scholarship is attested by the publications of his Collected Works and his edition of the Nyingma Kama, a fifty-five volume work, which he began at the age of seventy-four. At the request of His Holiness the Dalai Lama, he also wrote a Political History of Tibet.

In the final phase of his teaching activity, His Holiness traveled widely throughout Asia, Europe, and North America, where he brought many students to the Dharma. He continued the buddha-activity of formal teaching, empowerment and personal supervision of meditation practice and retreat, which is the essence of the transmission of Vajrayana Buddhism. He established these meditation and retreat centers: Vajrayana Esoteric Society of Hong Kong and Taiwan, Dorje Nyingpo and Urgyen Samye Choling in France, and Yeshe Nyingpo and Orgyen Cho Dzong in the United States.

His Holiness passed into Parinirvana, dissolving his emanation body into the pure space of the dharmakaya (buddha-body of reality) on the 17th of January, 1987, the eighteenth day of the eleventh month of the fire tiger year, shortly before the advent of a new sixty-year cycle. He was at his residence overlooking the Vezere valley in Dordogne, France. His passing was accompanied by miraculous signs of his enlightened realization and buddha-attributes. Passing away in France is of great significance because it enacts the unification of East and West into a single mandala of enlightened mind. His embalmed body was placed in a stupa in his monastery in Boudha, Nepal on the 5th of February, 1989, in order to continue his bodhisattva activity of benefitting sentient beings.

He was a Vajra guru whose accomplishment is to be seen not so much in the outward form of elaborate monastic establishments, but in the direct , clear awareness of the mind, free from elaboration. This enlightened mind is displayed by many of his monastic and lay disciples. On this basis, the purity of his lineage is established and maintained to this day in an unbroken succession.

From: Foreword by HH Shenphen Dawa Rinpoche from The Nyingma School of Tibetan Buddhism by His Holiness Dudjom Rinpoche, Wisdom Publications, 1991. 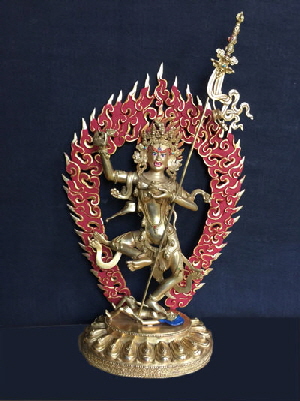 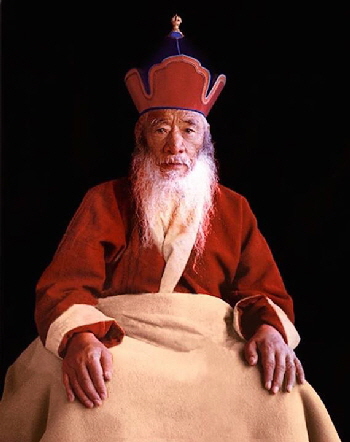 Kyabjé Chatral Rinpoche, Sangye Dorje (b.1913) is a renowned Dzogchen master. Chatral Rinpoche is a reclusive yogin known for his great realization and strict discipline. Rinpoche is one of the few living disciples of the great master Khenpo Ngakchung and widely regarded as one of the most highly realized Dzogchen yogins. In addition to his relationship with Khenpo Ngakchung, Chatral Rinpoche also studied with some of the last century's most renowned masters, including Dudjom Rinpoche, Jamyang Khyentse Chökyi Lodrö, and the famed dakini, Sera Khandro. Rinpoche is one of the primary lineage holders of the Longchen Nyingtik, and in particular the lineage that descends through Jigme Lingpa's heart son Jikmé Gyalwé Nyugu and then on to Patrul Rinpoche.

Though his main lineage is the Longchen Nyingtik, Chatral Rinpoche is also closely associated with the Dudjom Tersar lineage. He was empowered as the regent of Kyabjé Dudjom Rinpoche and is currently passing on this lineage to this master's reincarnation, who lives primarily in central Tibet.

Chatral Rinpoche has shunned institutional and political involvement his whole life, choosing instead to live the life of a wandering yogin. A lay yogin, he is also greatly concerned with maintaining strict discipline in the context of the Dzogchen view. He is especially well known for his advocacy of vegetarianism and his yearly practice of ransoming the lives of thousands of animals in India. In addition to his emphasis on the union of view and conduct, Rinpoche also stresses the practice of retreat. He has established numerous retreat centers throughout the Himalayas, including in Pharping, Yolmo and Darjeeling. 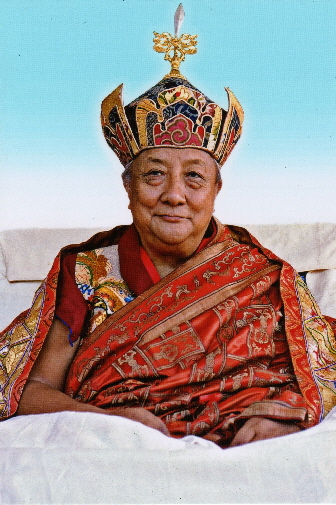 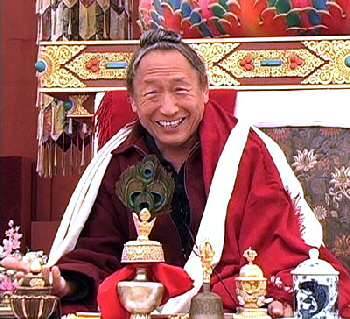 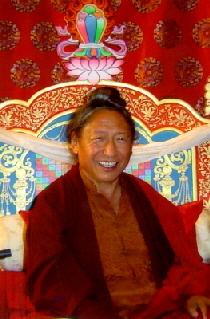 Lama Tharchin Rinpoche is a Dzogchen (Great Perfection) master of Vajrayana Buddhism. He is the tenth lineage holder of the Repkong Ngakpas. This is a family lineage of yogis, or householders, and was the largest community of non-monastic practitioners in Tibet. Rinpoche was trained in His Holiness Dudjom Rinpoche's monastery, engaged in five years of solitary retreat and then completed the three year retreat with three others under Dudjom Rinpoche.

In addition to Dudjom Rinpoche, his main teachers have been Chatral Rinpoche, Lama Sherab Dorje Rinpoche, and Dungse Thinley Norbu Rinpoche. Rinpoche left Tibet by foot with his family in 1960. He lived in Orissa, India and Kathmandu, Nepal before coming to America in 1984 for health reasons. While in America, Dudjom Rinpoche asked Lama Tharchin Rinpoche to turn the third wheel of Dharma, the teachings of Vajrayana Buddhism. 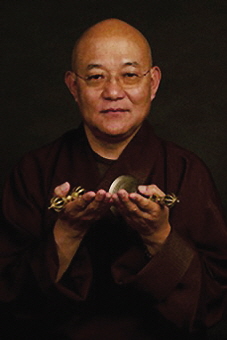 A  renowned Tibetan scholar and a former Buddhist monk, was born in Chung Ribuce, of central Tibet. In 1959, he and his family fled to Nepal and later moved to Dharamsala, India. His education includes studies at the Tibetan Institute of Performing Arts and the Namgyal Monastery which is the monastery of the 14th Dalai Lama. In 1985, he earned a Master's Degree in Buddhist Philosophy, Sutra, and Tantra, from the Namgyal Monastery, which is equivalent to a Ph.D. In 1994, Losang received an Honorary Doctorate of Divinity from Trinity College in Hartford, Connecticut. He was granted an Honorary Doctorate of Art from the Maine College of Art in 1995. He taught Tibetan Language at the University of Pennsylvania in Philadelphia from 1994 – 1997 and was awarded the National Heritage Fellowship from the National Endowment for the Arts in 2002. In 2004, he was awarded a Pew Fellowship in the Arts.

In 1988, Samten came to the US as instructed by His Holiness, the 14th Dalai Lama, to demonstrate the meditative art of sand painting. This was the first time a Tibetan mandala was shown in the west. Since then, he has created sand mandalas at the American Museum of Natural History in New York City, Chicago Field Museum, Philadelphia Museum of Art, Museum of Archeology and Anthropology of University of Pennsylvania, Asian Art Museum in San Francisco, Harvard University, Columbia University, New York University, Trinity College of Hartford, Connecticut, among numerous others (see list below). He has served as the religious technical advisor and sand mandala supervisor as well as actor for Martin Scorsese's film Kundun.